My Travels in Pictures, Part I

Five and a half weeks ago we had returned home from a long overseas trip. The three kids and I had been abroad for 6 weeks straight, and away from home for almost 2 months. Relief like I had never experienced it hit me when our plane landed home. If a whole body could cry, mine did. It felt that good.

Five and a half weeks later, that intro sounds a bit dramatic but that relief was fresh and raw at that time. Many people said in very polite terms that I was crazy for taking the kids by myself overseas, even crazier for doing it for so long. And secretly I puffed myself up by thinking, “yeah, but I’m tough and I will handle it.” Looking back, I did handle it, but was I tough? Ooh, I’m not so sure.

I wholeheartedly volunteered for that adventure; I’m not hoping to gain anyone’s sympathy. I merely want to express how difficult that trip was, so that maybe in the future, when time has altered my perception, I will remember some of the pain. You see, five and a half weeks later I think, “well, it wasn’t that bad. Yes, I’d do it again.” After all, most of our memories (and good stories) are from times that we struggled, not from times that were easy. 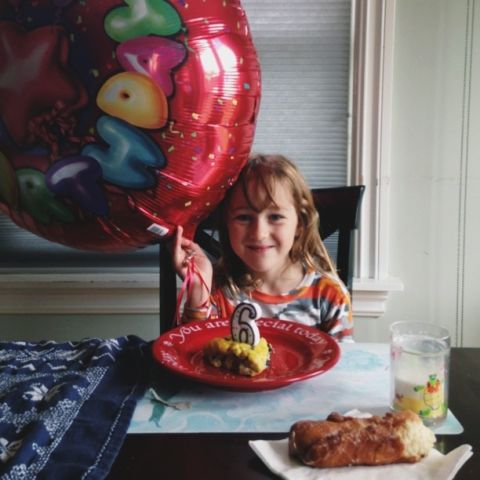 August 1st – Landed in Paris, slept in an airport hotel in a room with a leaking ceiling (it started at about 1am, when the kids decided it was morning time)

August 2nd – Took shuttle back to airport with plenty of time to catch another shuttle to a smaller airport, but found the shuttle only 1 minute before it departed. (There was some running on the airport streets with hot chocolates and a cart full of luggage and kids who would not listen nor stay on the sidewalk.) We drove to Beauvais and flew Ryanair to Budapest (Ryanair being the reason for packing very lightly). Thank goodness it was 41 degrees Celcius. That’s only 105.8 degrees Fahrenheit – we didn’t really need clothes. 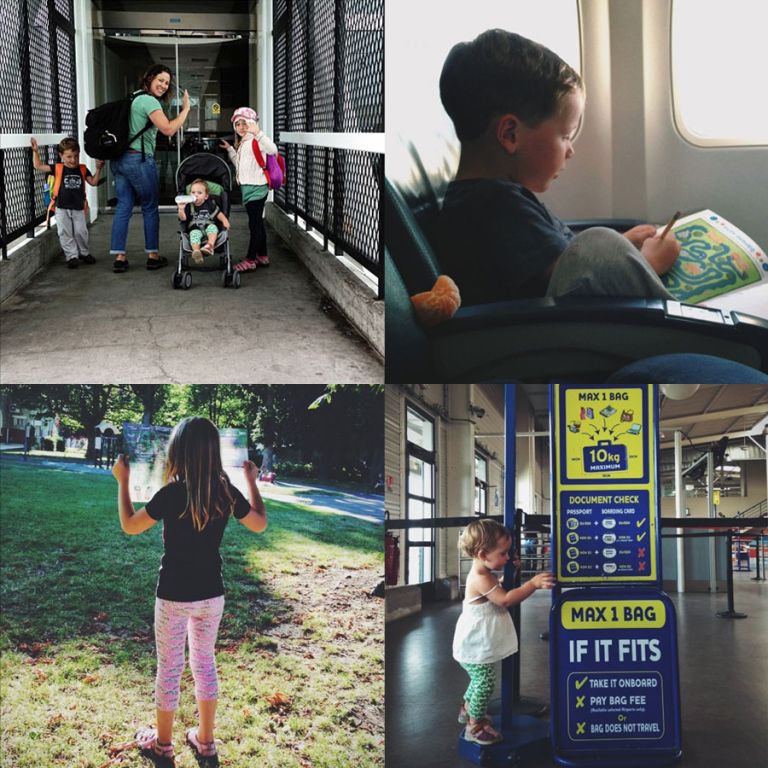 We spent 5 days in Budapest with my aunt and cousins. It was hot, but we ate ice cream and went swimming. For the first time, I let Isabel go off and swim without supervision. In Hungary, the “strands” have lots of pools with lots of water features, and you get to hop from one to another. They’re awesome. This was a big Momma moment for me. Exhale. 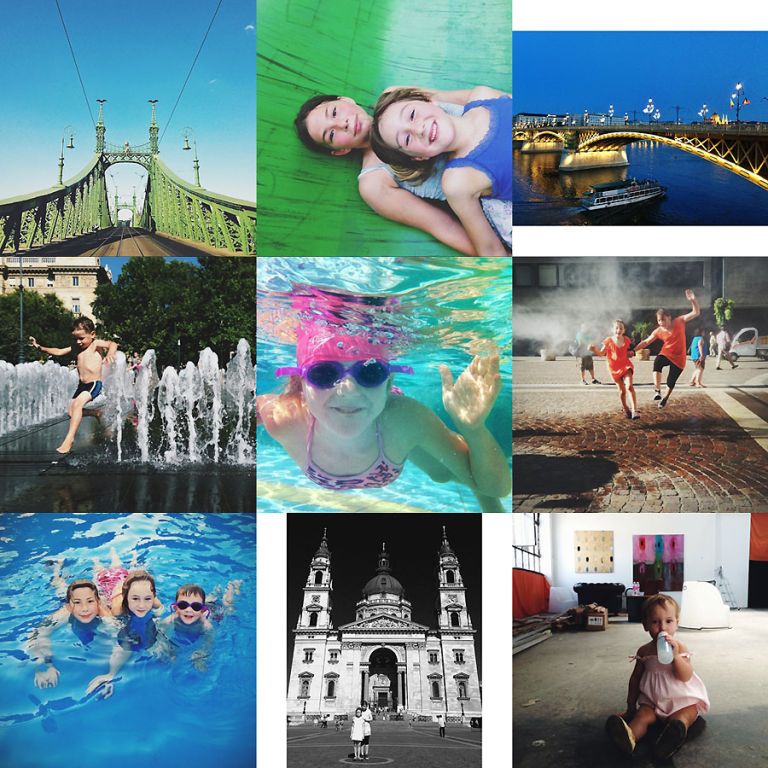 Then we took the train down to Szeged to stay with my grandmother for about a week. There was more swimming and lots of ice cream. Did I mention Hungary has the best ice cream EVER? There was one time, after swimming, while waiting for the bus that was on a restricted schedule due to budget cuts that Little Man decided he had “to go poop.” He couldn’t hold it. First try – false alarm. One minute later, he had to go again. He sounded serious and I didn’t know what to do. So, I told him to hurry up and go in the bushes. Of course, the bus turned the corner as soon as he pulled his pants down. I yelled at him as the doors opened, “hurry Thomas! We have to get on… NOW!” He waddled out of the bushes with his pants down yelling that I have to wipe him. I whipped a wipe out, wiped his bottom, yanked his pants up, and held said wipe in my hand the rest of the way home.

Oh, there was also the time he started throwing rocks at cars driving by while waiting for the bus. And the time he threw a plum at an old lady walking by at another bus stop. Yeah, the Hungarians love me. Nor can I erase from my mind the image of Little Man reaching his hand out to touch every single bus that drove by, and the old ladies who glared at me or pulled him to safety. Exhale. 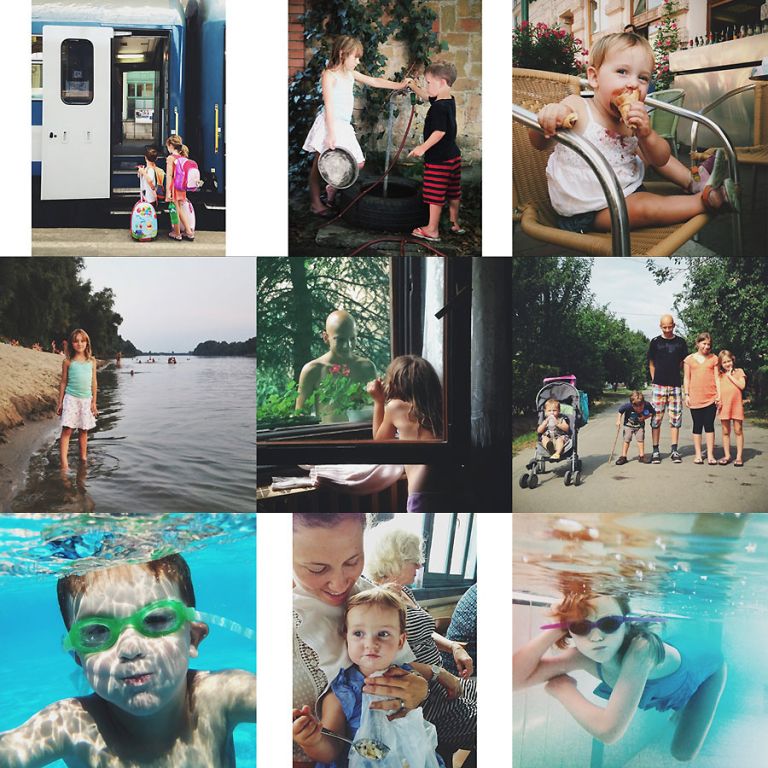 Then we went on vacation. This was definitely the highlight of our trip. We went with my old friend and her family and spent three full days swimming at Lake Balaton. And I only panicked twice the whole time. One night I decided I would earn some credit with God and take the kids to mass. It was mid-week and the mass would be short. I walk in and the people pack in around me. The church was full. It was a holy day of obligation for the Assumption of Mary. Mass was long. When it ended, and I had sweated through my clothes, an old lady told Ilona, “now you can scream all you want to.” Afterward we ate dinner, missed Daddy on skype, got some ice cream (the kids didn’t like it), spilled said ice cream all over myself, got in the car, and drove home. By the time I was home it was about 10:15pm, Ilona had fallen asleep, and Isabel really had to go #3. But I couldn’t find my keys. That’s when Thomas started crying. For a solid 10 minutes I searched, in the dark, for my apartment keys. I woke up an old lady neighbor to ask if she hadn’t seen them, in case I dropped them. Screaming, sleeping, #3… we were going to spend the night in the car. I told myself I’ll worry about our luggage in the morning. Just another adventure. I recall saying out loud, “is this what I get for going to church on a holy day of obligation?!” And Isabel yelled back at me, “Mommy, you have to get BAPTIZED!” Then I found the keys. Exhale. 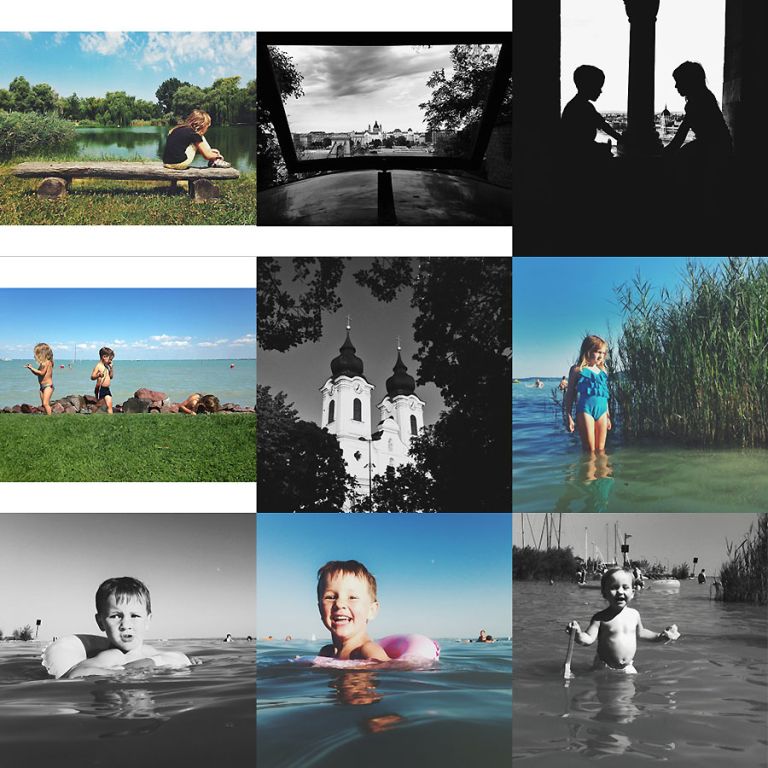 Our last day, we all decided to take a slide/bike boat out to the middle of the lake. It was pretty cool and the kids loved it. There were some initial concerns about little children sliding into the deep waters of the lake. But I wasn’t too worried. My friend and I took turns catching the kids at the bottom of the slide and we watched them swim back to the ladder on the back of the boat. Every now and then I’d snap some pictures. Then, one time, Isabel was right in front of me and I watched as her feet disappeared under the boat. My thoughts went like this, “okay, where do I search first? She’s under the boat. Will she panic? I better hurry.” My hands were grabbing all along the edge of the bottom for her feet. Just as I was about to go under, anywhere, I hear her voice by the ladder. I sprint up to her and yell, “Never swim under a boat!” “I didn’t,” she replied and then she started talking randomly about something else. Yes, she changes subjects when she’s nervous. I repeated to her to never, ever swim under a boat and she said, “okay, Mommy.” Then I realized it was a catamaran and when I was alone with her I asked her, “where did you come up?” She answered, “in the middle.” “Under, right?” “Yes,” she almost whispered. Those were the longest 10 seconds of my life. I have this feeling she won’t do that ever again. Exhale. 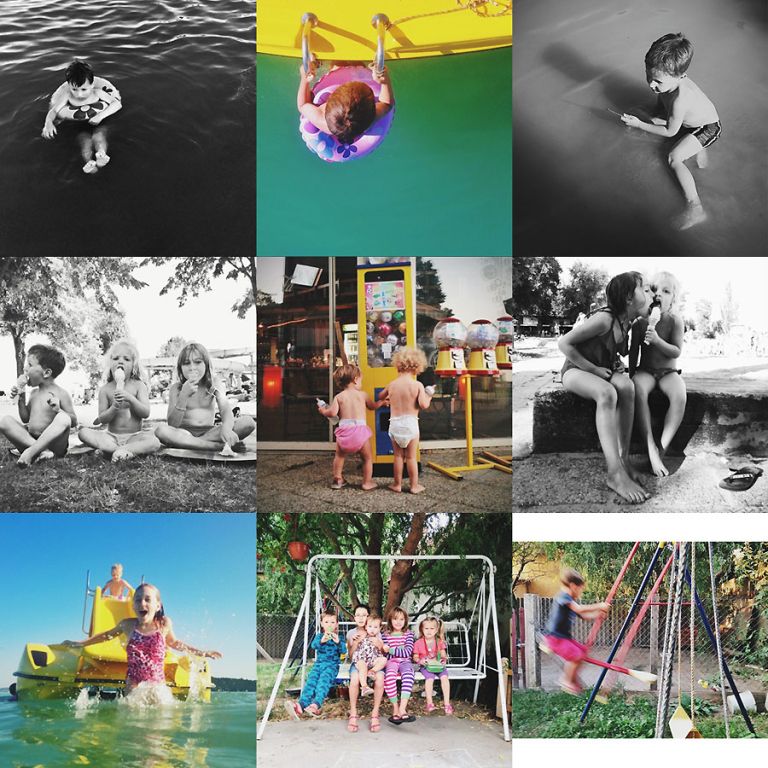 Next we visited family on my father’s side in Nagykoros. Other than Little Man rubbing his hands in the chicken-poop-covered dirt and licking his hands, the big family dinner went very well. I decided to stay the night with our cousins because who does not want to be blessed with three additional children? It’s even more fun when one of them starts vomiting in the middle of the night. Poor LM hurled every hour for the next ten hours. We stayed one more night. Then we drove back down to Szeged and it was Ilona’s turn to get sick. Poor girl had no idea what was going on and I would grab her, turn her over and run to the bathroom. The second time I ran to the bathroom and reached for the light switch I missed and ran into the door jamb instead. I busted my eyebrow open and had a lovely black eye for a week. The following night was Isabel’s turn. While the others got to rest for an hour, she for some reason couldn’t stop for three straight hours. By this point, I could barely get myself up from the edge of the kids’ bed. I thought, “I don’t care where it goes anymore.” There was some hosing down of blankets and pillows in the middle of the night outside. Then I got sick. These were great times, but really beginning to border on ridiculous.

As soon as that bug finished with us I took the kids to the zoo and then to the pool. I figured I’d give back to Magyarorszag what it gave to me and spread the love. 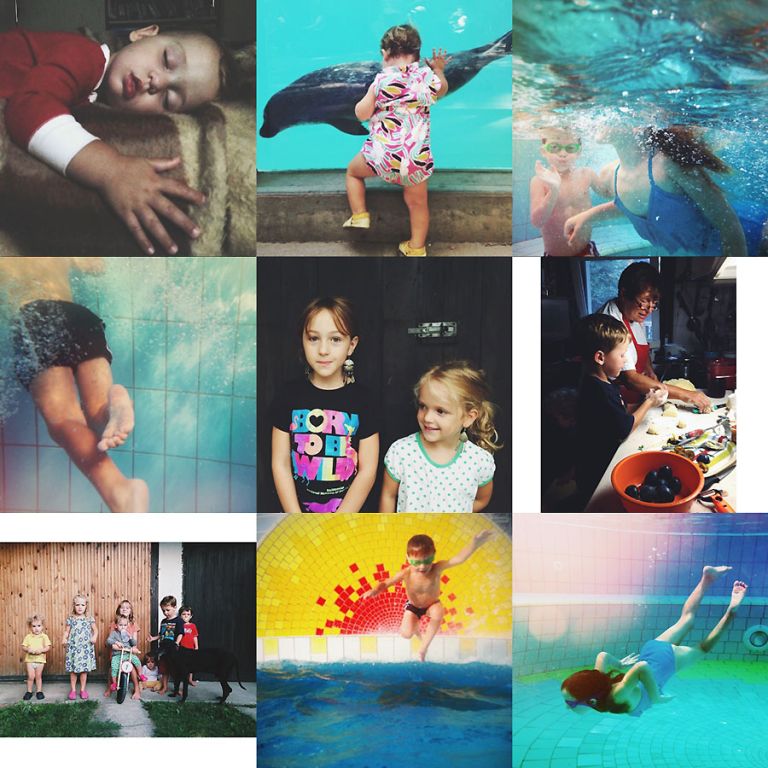 All in all, we had a great time. I learned a lot. The kids learned some Hungarian, and they made some friends. They also became good swimmers and developed tastes for really good ice cream. A success in my book! Plus, we had more to look forward to for we were off to Paris and would finally reunite with Daddy! (I forgot to mention that Thomas wanted to go home after week 2 and asked for Daddy every day. It was tough.)

Part 2 to come soon. By the way, all the photos above were taken with my iphone. In case you were wondering.

1 comment
« It’s October, I know. But I live in SoCal, so I’m still canning. It really is ridiculous. #getitdonewhileican
We have a giant spider problem. Happy Halloween! #halloween #spider #spooky #homemade »