We were making some chocolate mousse today when Isabel officially read her first word – all by herself! I was at the stove melting chocolate when I heard her sounding out letters. I looked over at her standing on her stool poring over the printed “Cook’s” recipe. She asked me about the letter “k” – she tends to mix this with “y” – and then she sounded out, unprompted, the letters. After sounding each of the letters out she started to put them together, said it a few times slowly and then said, “cooks!”

It was a proud Momma moment. We celebrated by going to Toys R Us where she got to pick a prize for herself. Awesome!

Her next assignment is to read 5 words all by herself. She set her eyes on earning two princes because, you know, her princess barbie dolls need princes. Little girls. 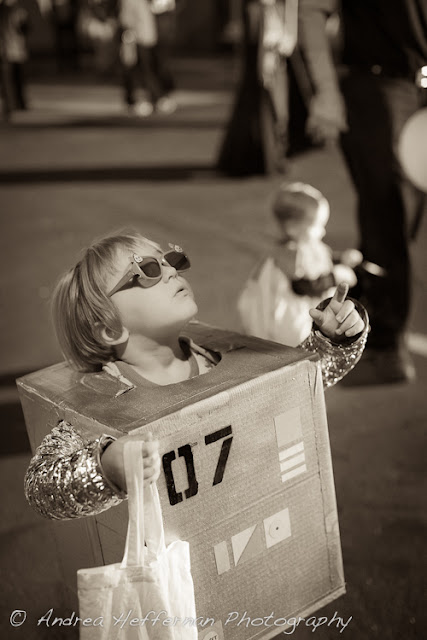 Building up to Halloween, Isabel has wanted to be many things. First it was Sister Bear of the Berenstain Bears. Then it was Abby Cadabby from Sesame Street. Then a fairy princess. Well, it’s hard to keep up with this kind of fickle behavior, so we decided – 4 hours before meeting our friends – to make them robots. Craig was an awesome robot builder and then I got to decorate them as quickly as I could.

They were so cute. Too bad Thomas freaked out every time the box came near him. His shrill, high-pitched scream came out in full force on Hallow’s Eve. (Note: when we bought the duct from Home Depot I just slipped it onto my arm to see how it would look and Thomas started to cry. Sensitive little fellow.) 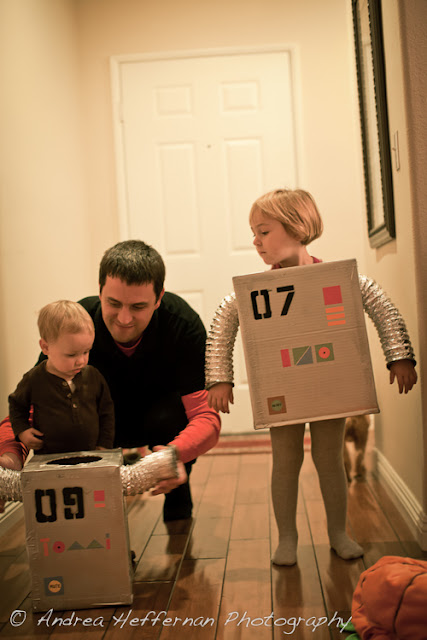 Thomas would have no part in this affair.

We spent Halloween with our friends, the Gambins. These two girls are so cute together. Nothing like two 3 year olds at 8pm after no naps! 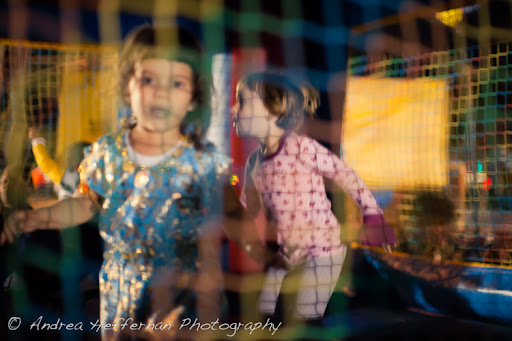 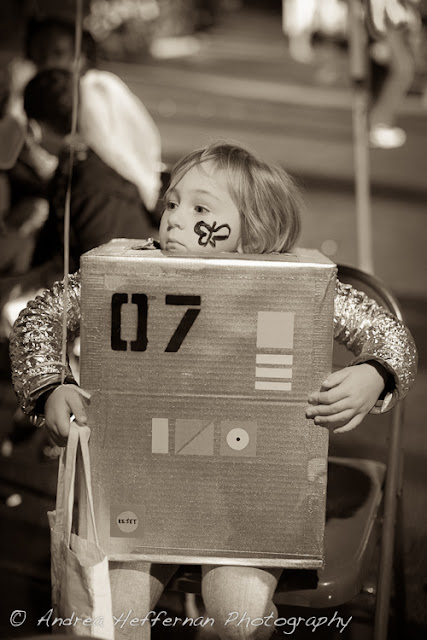 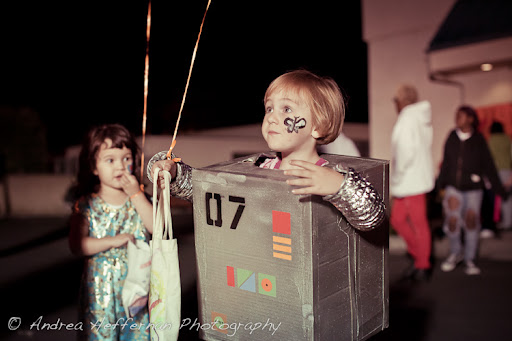 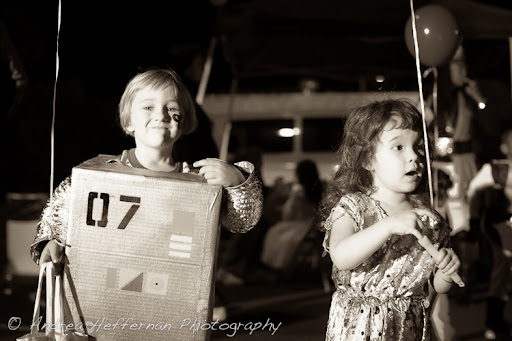 Ready or not, here we come!

And still more to come! I need to catch up with my camera.