This same exact point and day in my pregnancy almost a year ago today, I had my first feelings of something being wrong. I had not felt the baby move all night, nor really the day before. Finally, sometime in the afternoon, I told myself “who cares if you sound paranoid,” and asked my SIL if she had a fetal heart monitor. When she said no and asked why, I told her that I had not felt the baby moving. She immediately took me to Stanford hospital assuring me it’s okay to be concerned and not to worry about looking paranoid.

(I’m not sure why I even let looking paranoid concern me. I can remember a time when I don’t think it bothered me much what people thought of me but somehow, over some years, that horrible trait has found a way to creep into my personality.)

In any case, we got to the hospital and the very first thing they did was check for the baby’s heart rate. It showed around 150 beats per minute. I was certainly relieved but when they decided to continue monitoring me and kept telling me to wait just a little bit longer – it went from half an hour, to another hour, to overnight – I was a little nervous. I remember that night my other SIL was having a special Indian food dinner for her birthday and I felt guilty keeping SIL, Mary, there waiting with me. Plus, I wanted Indian food, too, and I kept hoping we’d get out of there soon. But soon came and went and I ended up staying all night.

When they did an ultrasound for the second time and after they mentioned they are just “looking for some reassurance” I got a bit more anxious; they didn’t really explain what they meant by reassurance nor why, only that they wanted to see more variability in the baby’s heart rate. The resident mentioned she was also looking for some kind of jabbing movements during the ultrasound, which they weren’t seeing. Although my angle was not a good one, I am pretty sure I saw our baby’s hand floating in my womb, definitely not jabbing, but the resident, after a while, seemed to think the movement was okay. I also remember they zapped me with a sonar device to get a reaction from the baby. Her heart rate maybe jumped for a second but that was it. It went back to staying steady at and around 150 bpm.

I watched the NST chart all night. Nothing had changed, yet, strangely, at 7am they told me “the last few hours looked better and we’re letting you go.” I did not feel good about this statement at all. My MIL picked me up and back to the cousin’s house we went. Craig, who had just flown out to Boston and wasn’t due back for another 2 days, caught the next flight to San Jose when he heard I was in the hospital. He arrived a couple hours after I was discharged and together we drove home that Friday afternoon. I was 36 weeks.

That Saturday I remember clearly how I tried gardening to keep my mind off things. I was in the front yard, crouching and bending (sounds similar), and probably forced the baby to move in my womb. Each time this happened I told myself, “she moved! it’s okay…” Then I got a phone call from my very good friend, Ana, who we were supposed to stay with that day up north, and she asked me how I was feeling. She was the first one I told that I still felt like something was wrong, that I’m just telling myself everything is okay. Even back then she was worried for me and checking up on me to make sure I was okay. And even though I was anxious it felt good to tell someone the fear I held inside.

Sunday was our anniversary and we went to watch the new production of Les Miserables in Downtown L.A. I wrote about the conversation Craig and I had on our way to the show here about how carefree our lives used to be before having kids. I remember being excited for the show and really just happy to have a date night with my husband. Throughout the show I had pretty strong contractions and I’d say they were about every 5 minutes, but I just believed that they were Braxton-Hicks as they didn’t feel too differently from ones I’d had before, just more frequent. After the show was over, they had stopped so I stopped thinking about them, too.

I can’t say that yesterday being a rough day has much to do with this memory, although I don’t doubt that it has contributed to it. And I’m probably not supposed to admit it but I’m pretty uncomfortable now – to put it mildly. Any time I stand now I feel a lot of pressure and my feet have started to protest my weight. As much as I want to do this, go there, and finish that, my body is strongly suggesting I do otherwise.

I have never felt this worn out before and am feeling more and more like a shadow of myself, like a candle flickering through a soft breeze.

But today is not yesterday. Today I feel this baby moving. Today I am hopeful. Today I am thankful.

A little over a week ago I was sitting in one of my parent’s reclining garden chairs. Suddenly I fell all the way backward and was pretty much stuck inverted. I stayed like that for a minute or two and then my sister helped me back up. Since then I feel the baby move all the time. To think that just a simple change in its position could have eased just a little bit of my previous anxiety! I know it was all bundled up with it’s knees by its face for many weeks and now I believe that is why I didn’t feel it move much before.

So, though pressure is building and mobility is declining I am allowing myself a little more room to get excited about this new baby. I have no idea what the next few weeks will be like and I do still have some moments of fear, anxiety, and recurring sadness; but I will continue to be hopeful.

I suppose we really should start getting ready for this baby’s arrival. But maybe I will wait just a little bit longer. Looking forward to tomorrow’s 36-week checkup… 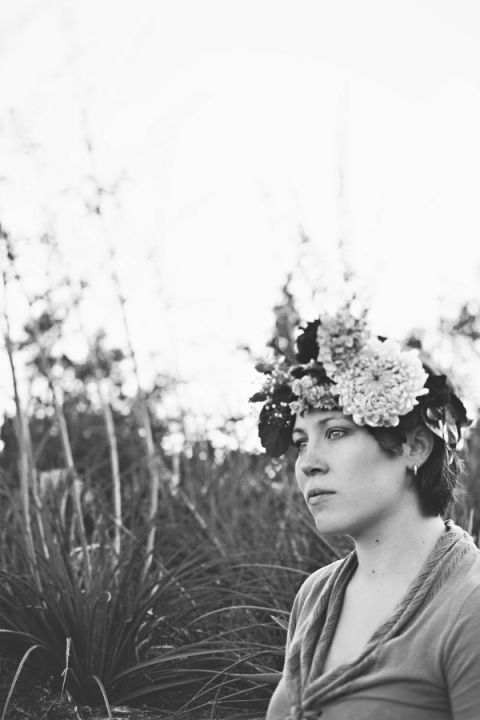