If it rains in LA that means…

SNOW in the mountains! 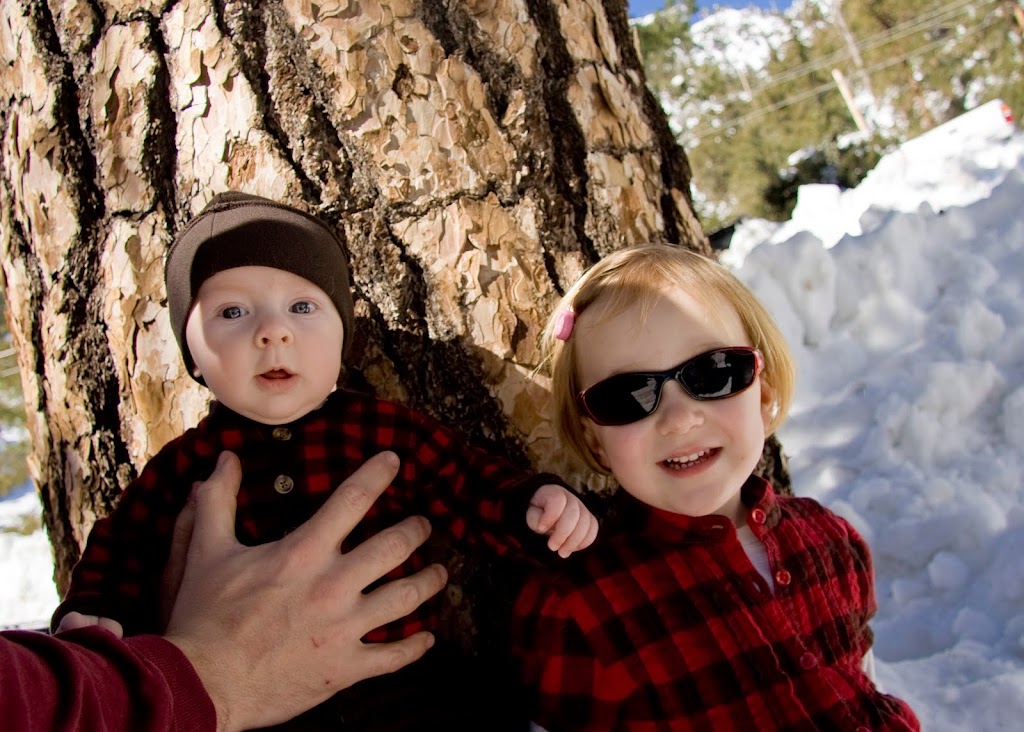 The pictures before the snow clothes came on.

You know, I have lived in LA nearly my entire life and I had no idea you can get to snow in just one hour. You can surf in the morning and “hit the slopes” for the rest of the day. Crazy.

Well, with all this rain and being cooped up inside (for all of 4 days in a row) we thought, why not take advantage of the situation and show little Isabel some snow? We prepared her for a few days to get the excitement built up. And build up it did. Climactic? Anti-climactic??? 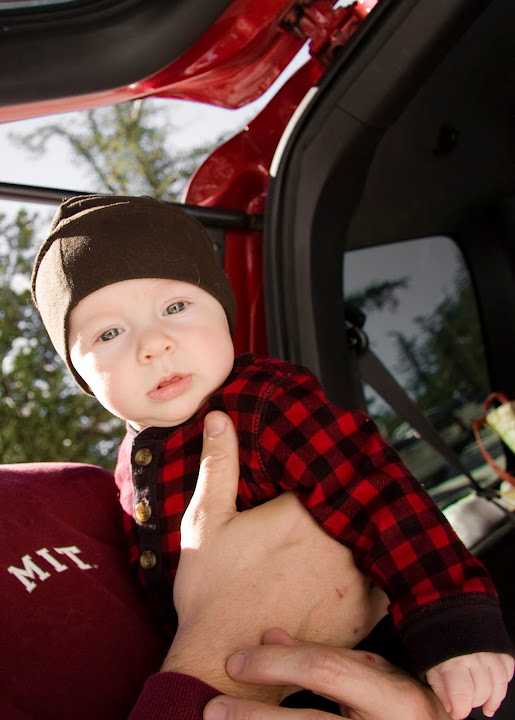 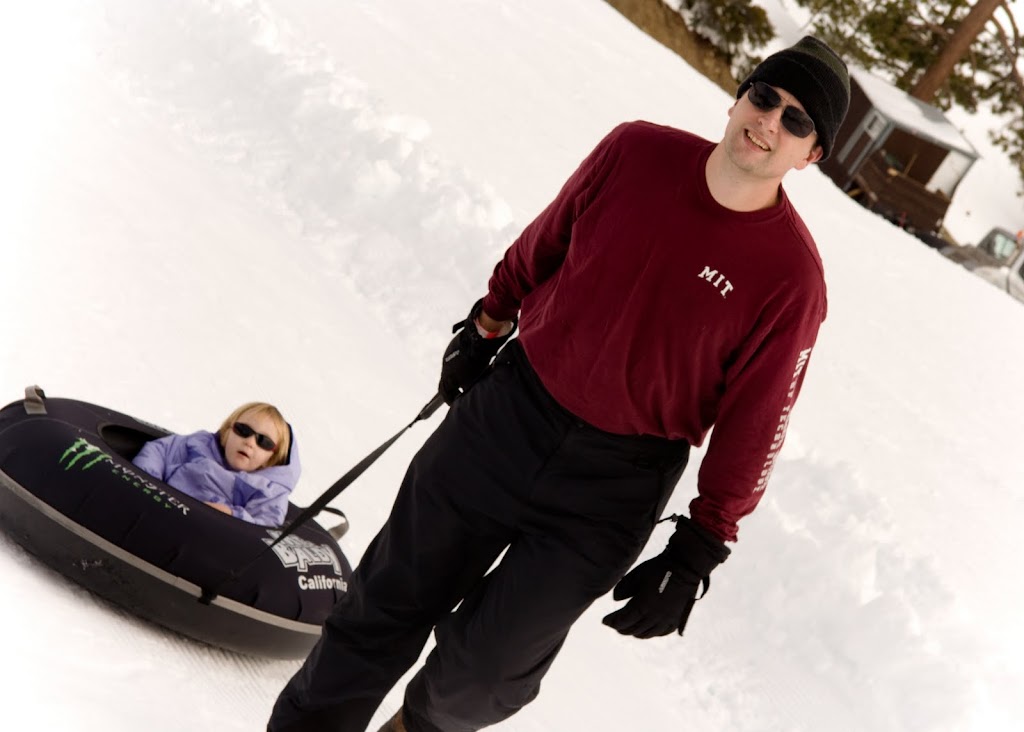 Daddy told me later that she was scared the whole time.

HA! After 5 quick runs down the tube, Isabel said, “I want to go home.” You sure? Are you REALLY SUUUUUUUUURE? “I WANT TO GO HOME!” About 15-20 minutes of pleasure later… We head home. 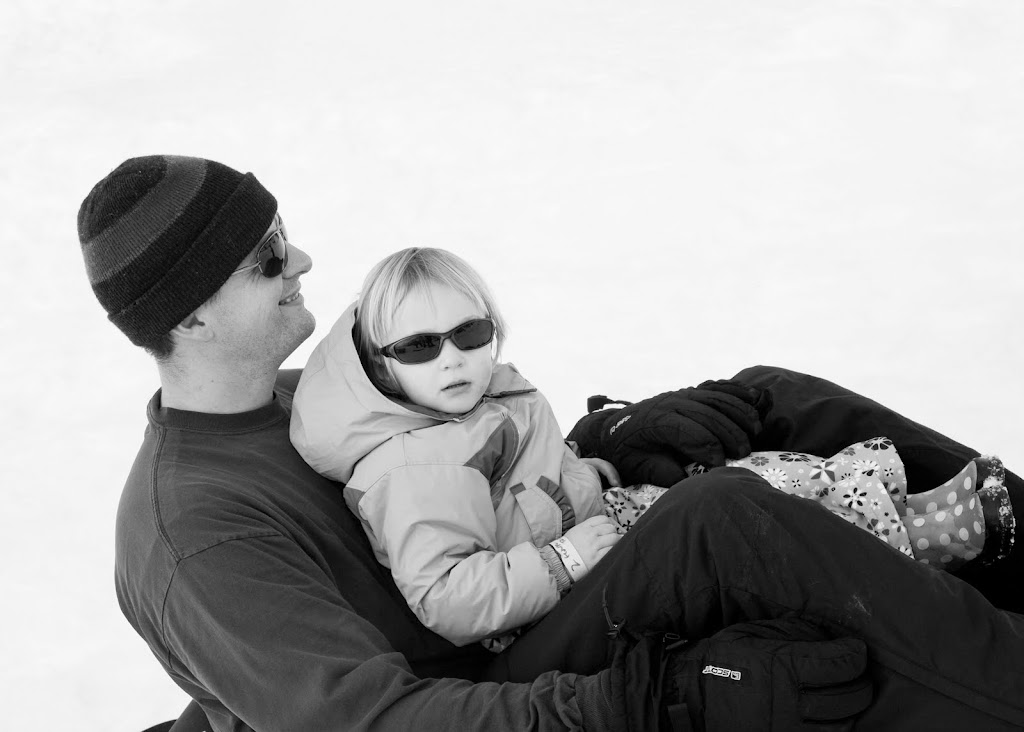 Nevermind that Daddy packed a hat, and a carrot for her potential snowman. Nevermind that Mommy dreamed about all the potential photo-ops: snow angels, snowball fights, snowmen… Poops!

To elaborate “just a little bit,” going up the lift was quite a rush! On the way up, Thomas was strapped to his Daddy in the baby carrier and I was responsible for Isabel getting onto the moving chair. Of course, there is a man to help load her on one side while you jump on the other side and then he gives you the helpful tip, “throw your arm around her waist!” On my back was my camera bag, I leaned to the side and held Isabel in place (if she were a boy with ADD I would have panicked) and little Isabel was splayed across the seat gripping the arm rests. I don’t think she moved one centimeter the whole 15 minute ride. Neither did I. 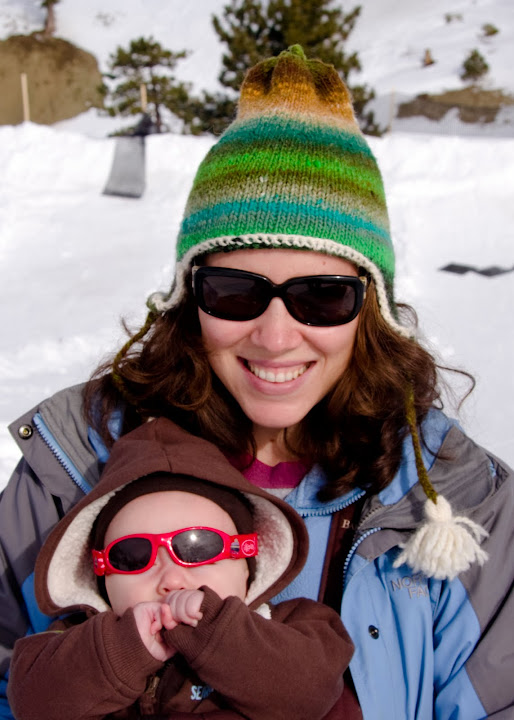 For a nano-second I contemplated getting a picture of all this. Turning around I yell, “Hey Craig, wouldn’t this be an awesome picture?” (Whoa! looking down made me dizzy.) He replied, “yes, it would be, too bad your camera’s on your back.” And I said, “yeah, it’s probably not a good idea to take it out now.” (I guess I felt the need to verbalize the obvious.) And then he returned with more of the obvious, “for multiple reasons: one, Isabel can fall out; two, you may drop your camera.” Okay, really, I would never have taken my camera out. Just thought you might be interested in our thought processes. 🙂

But we solved that problem on the way down. This time, I had my camera around my neck. And Thomas was strapped to me while Isabel rode with Daddy. Hence, the following: In the end, I think (hope) Isabel had fun. She has already asked multiple times since Monday (and today is only Tuesday) that we go back to the snow “tomorrow.” We try explaining to her that it is not like hopping down to the beach. Speaking of which, I decided going to the beach is MUCH easier. You do not have to wear a ton of clothes and snow boots that weigh you down (I got a good workout looking for the tubing ticket station), making you sweat… in the cold, and unlike the wonderful endless minutes one can play in sand the snow makes your hands hurt, especially when you refuse to wear gloves (Isabel complained about the “owy” on her hands after 10 minutes of eating ice).

Nevertheless, we will do it again! 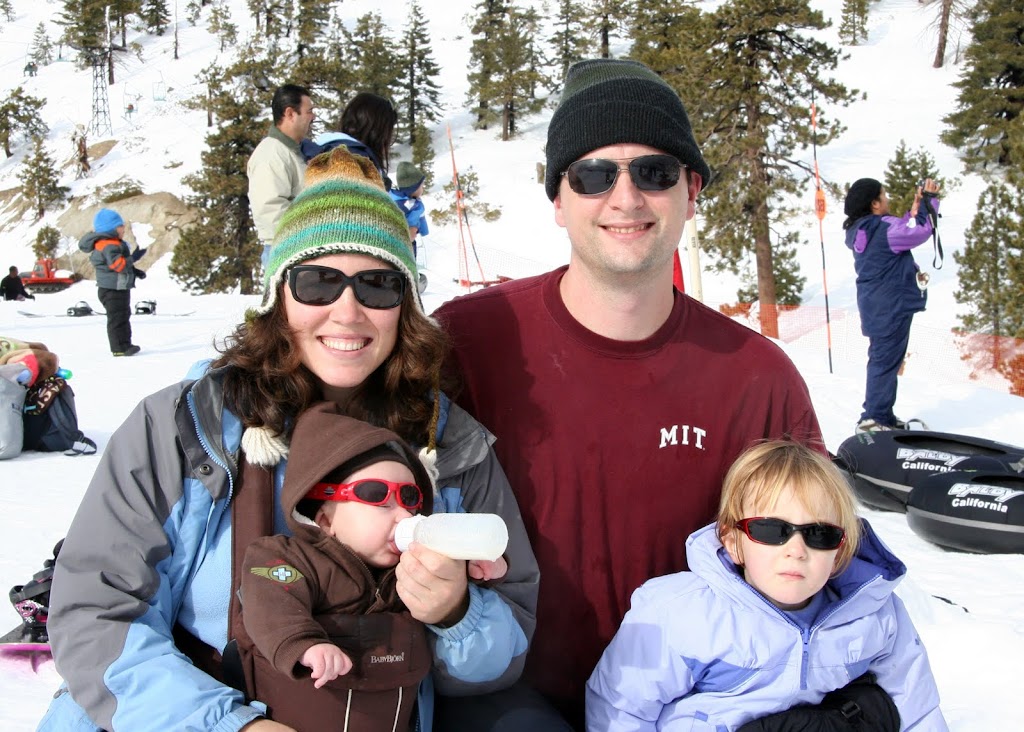 Notes: Lea is staying with us for a few days. What a treat. She laughed that we have our heater on.  More on her visit later.

Thomas is changing quite a bit, coming into his own I might say. I should try to upload a movie of their giggles. The sweetest sounds to my ears.

He has a bottle of formula a day now *sniff sniff*. But, he did sleep for 7 hours straight after he got it… I shouldn’t complain…

0 comments
« She’s sleeping up, up, UP!
O Andrea, Andrea, wherefore art thou, Andrea? »