Just like that a couple, maybe a few weeks pass by and I leave my thoughts behind. Tonight, however, there are too many tiny little points that I want to remember about my son or about my daughter, so I will forgo the extra hour of sleep and try to jot down what little I can remember.

And speaking of what little I can remember, did I know that I went to MIT? We were at Isabel’s class today and a gentleman was giving us his spiel about his school district and why it’s all that and out of nowhere said, “and we had a student go to MIT…” My ears burned and I kind of thoughtlessly, but quietly, blurted out, “that’s my school.” Only two people heard it and one asked, “you went there?” I said, “yes,” yet somehow felt like I was lying. That was a strange feeling. It went from reality, to nostalgic yearning, to fond memory, to dreamlike quality, and then, suddenly, to “for real?” Mommy brain. In oh so many ways. The other mom said, “you don’t LOOK like a nerd.” 🙂 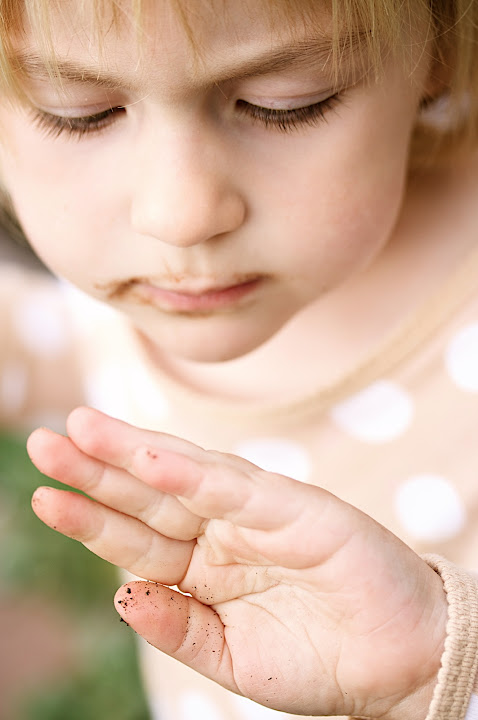 I think she is looking at a ladybug here.

But this isn’t about me (or is it?) Back to my kiddos. **Hubby just walked in and said, “you should go to sleep, love.” Yeah, some how I woke up at 5am and have been up since. It wasn’t Thomas, it wasn’t Isabel, it wasn’t Hubby, it was our… CAT. She would not stop scratching on our closet door until I got up and let her out the house. I used to love this cat. But I assure you, that is not how I feel about her anymore. If you know me, 5am is not my normal wake up time, especially when I go to bed at 11pm THE EARLIEST.

Okay, really, back to the little ones.

Isabel. Today someone told me, “put her in school. She needs friends, not her Mommy.” Ouch. That hurt. She went on for about half an hour on why and how I will make life harder for her by avoiding school and, despite my beliefs, I actually started to feel guilty. These days, she asks to see her friends all the time. “Can we see Cali now?” “Can I look at pictures of Francie?” “Can I see my friends?” It hasn’t helped that we have been and will be traveling a bit and that we have been sick (again), so I understand her restlessness with me right now. 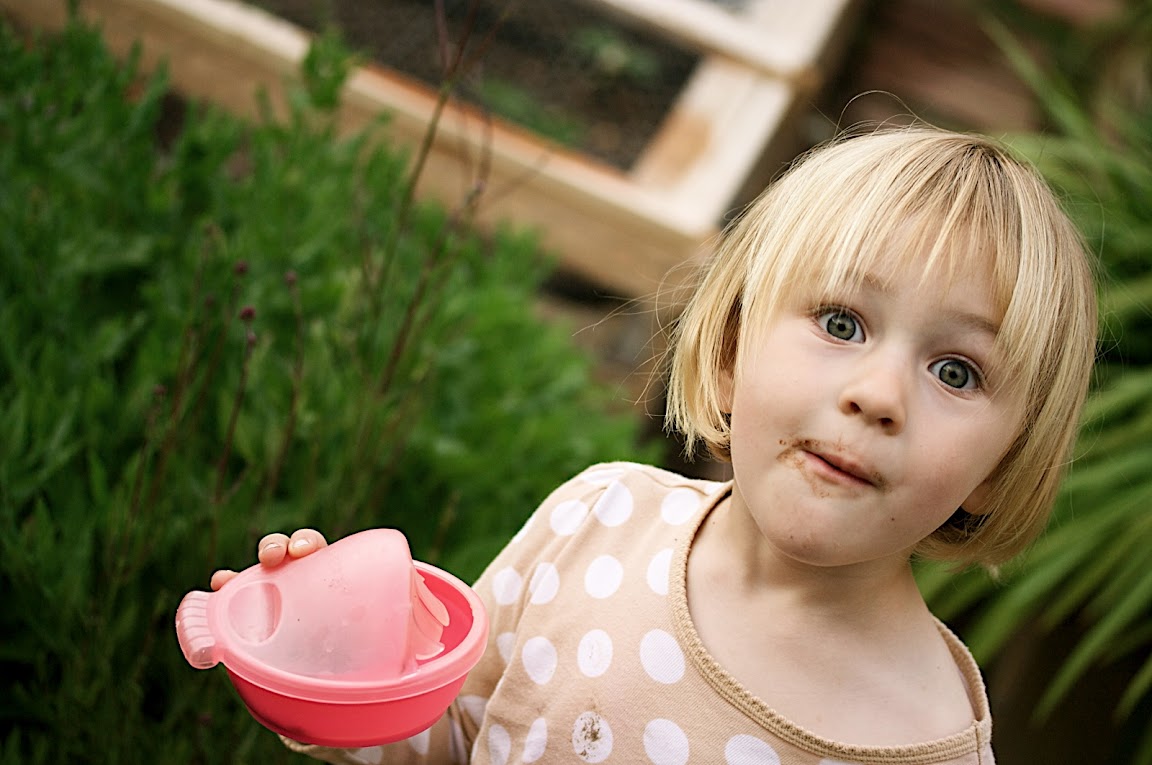 She is so expressive. Where does she get it from?

She is starting to sound so grown up; I guess the words that come out of her mouth will never cease to blow my mind, but really. Today, we sent Nagyi and Papi off to Hungary for a couple of weeks and as we left them she said, “I wish I could go and see Dedi, too.” She has used the word “wish” before, as in “it’s a wish flower Mommy, make a wish!” But I was pretty certain she did not know what it meant to make a wish. Well, hearing her say it tonight tugged on my heart strings. She had a WISH. And that means that she actually wanted something other than what she has now. In my mind, that is a huge emotional leap. My little girl is inching out of her nest (as she should, I know, but let a Mommy mope.)

Her personality is really coming out now and I have this sneaking suspicion that we have a future class-clown on our hands. Sometimes she proclaims to be shy while getting immense pleasure out of her shyness – it allows her to be goofy and flirt (if you are the opposite sex). We have also began to see the grumpier side of our little Squeaker. Frowning is old hat now and she makes sure to practice her scowl at least once a day. Today I returned the look to her and, as I hoped, we both broke into laughter. I suppose Mommy’s grumpy scowl was not as cute and endearing as hers. 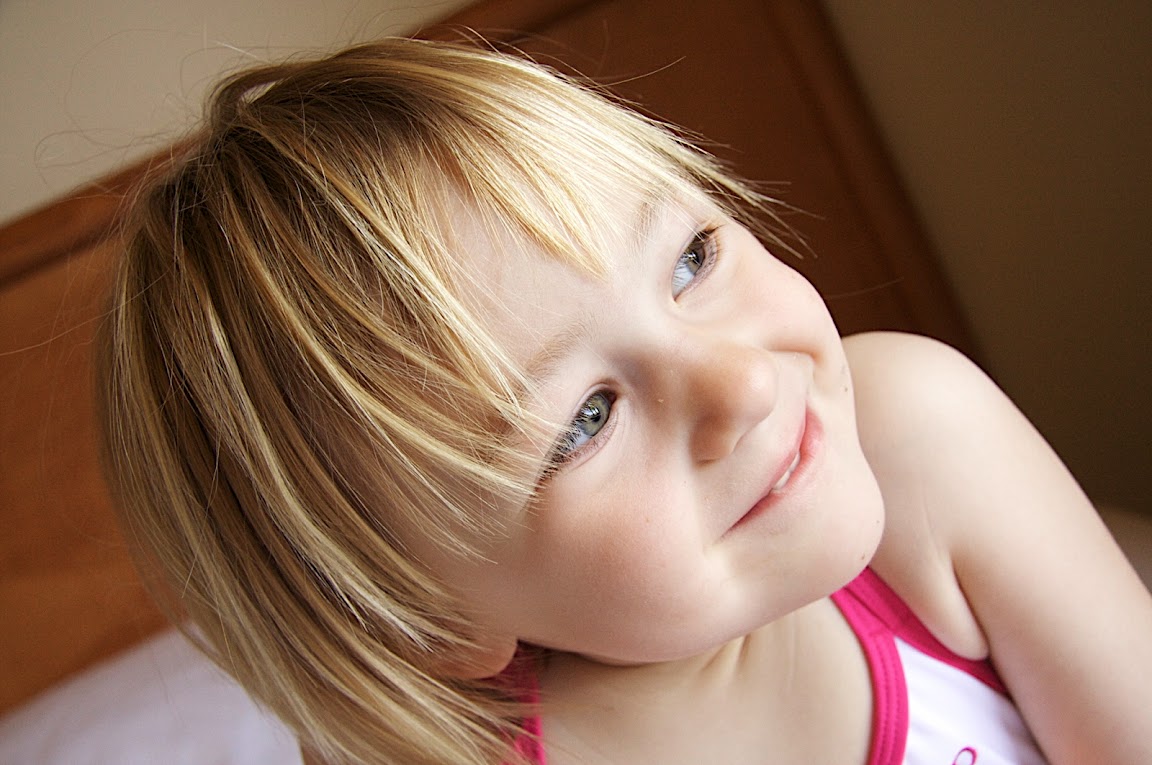 For some reason, she calls little Tomcsi “wormy.” Hubby absolutely hates this term of endearment. We think that it may come from me saying “you wiggle worm” to Thomas one day. Well, it’s either that or her unending fascination and obsession with our garden worms. She likes to dig them out of my garden and rest them on the chair. Of course, she gets sad the next day when she sees that they died. I keep trying to explain to her that they like the dirt, not getting dried out.

She is becoming pretty familiar with the terms “dead” and “dying.” Hopefully, she is not too young for such morbid thoughts, but what can you do. I was talking with my mom yesterday and not even thinking said “I was dead tired…” when Isabel interrupted and said, “no, Mom, you are not DEAD!” No, honey, I’m not (I have way too much planned for this life!) We caught some rats in our garden, too. She had a lot of fun watching the big rat steal Gombi’s food and even seemed excited when Daddy said he was going to catch them saying, “I will help you catch them, Daddy.” When we did catch it, 15 minutes later, she came in shouting proudly about it. But when Daddy left the room and it was just her and me she looked out the window mournfully and said, “why’s the rat dead, Mommy? Awww, poor little guy.” What an empathetic soul.

Thomas. He is losing weight again. (Note: Down to 17-10 today.) Just when he started to get healthy finally, he got sick again. Yuck. It has been so dreary and cold down here. COLD. It is almost May, what’s up with that?! I can’t wait for it to warm up so he can soak in the sun and melt those bacteria/viruses away. What? It doesn’t work like that? Let me imagine and hope. (Although “hope” doesn’t do much, does it?) 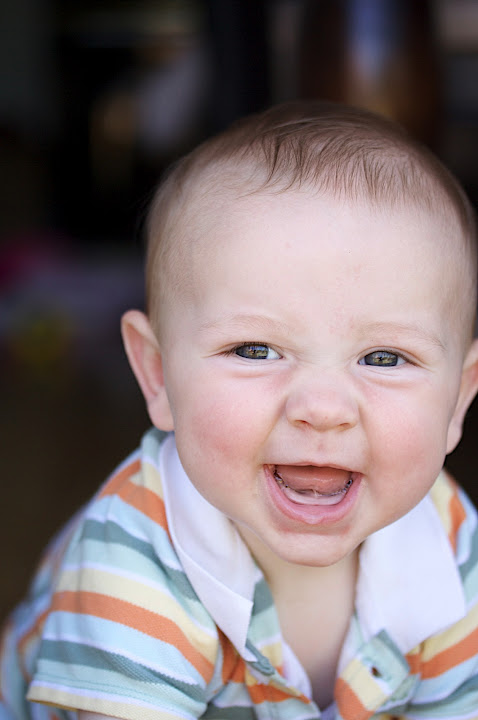 I love love LOVE his smile.

Other than that, he continues to be a very happy little fellow. When he’s not crying, of course. 🙂 I just can’t get enough of his gummy grin. I am so in love with him. Now I remember it was about this same time with Isabel when I felt overwhelmed by immeasurable love. I think that was when I was ready to have another baby. No, I’m not there yet. 🙂 He spends a lot of time trying to crawl now; it’s gotta be soon and I just can’t believe it. He seems to have figured out scooting backward. I plopped him down on the floor and checked that nothing hazardous was nearby while I quickly did some dishes. When I came to check on him he was 7 feet away and had a piece of chalk I accidentally left out in his hand (and all over his mouth.) While we have to keep an eye on him due to his oral fixations, there was some relief knowing he didn’t actually swallow the chalk given the opportunity. 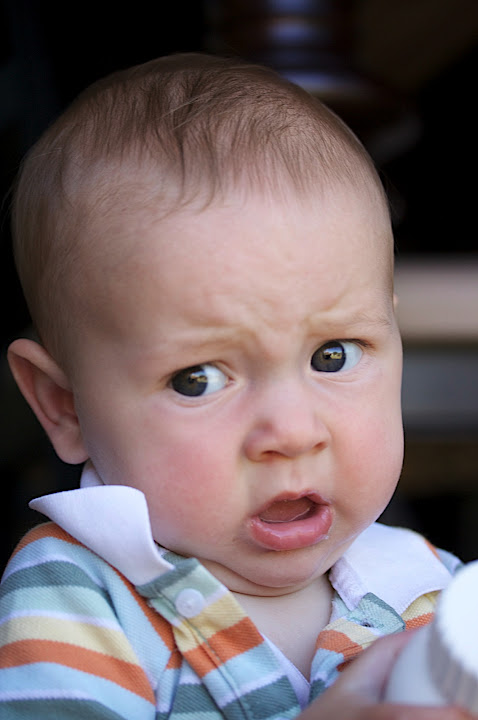 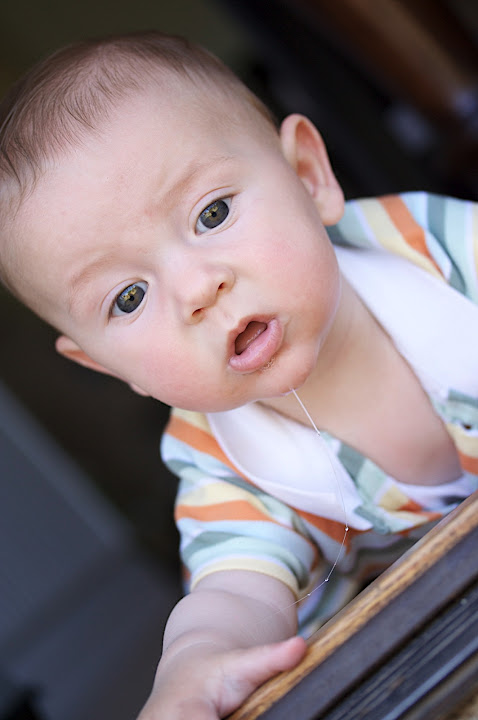 Still the king of drool.

Okay, my intention was to write notes only but I seem to have been carried away. My eyeballs are burning. I haven’t been too good about taking pictures but I have sprinkled a few semi-recent ones here.