Not too long ago, the family and I were driving back home from my friend’s house and Isabel says, “I was afraid of somebody.” And I said, “oh, yeah, you were afraid of Nathan, right?” “Yeah. And he’s okay because he’s Mommy’s friend. Mommy’s friends are other people and Ra-Ra is my friend.” And there it was. One of my oldest and closest friends became Isabel’s first “friend.” Perhaps then, it is deserving to give our Ra-Ra a little introduction. 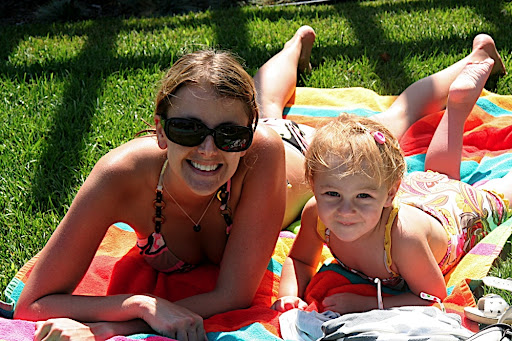 Once upon a time, in a land far, far away (about 4 miles from here) there were two curious girls who belonged to rival elementary classrooms at ours truly, La Ballona Elementary. One day, this tall girl (she used to be taller than me, not anymore!) approached me and said, “I challenge you to a 400 yard dash.” Of course, I replied, “bring it on, sister!” (Okay, maybe I was not soooo accepting of the challenge; maybe I just said, “sure.”) Well, we practiced for the big event our school held once a year but, unfortunately, she fell pretty ill and could not compete (lucky you! ;)). Nevertheless, we got to know more of each other and by the following year became pretty close friends. After school we would walk miles upon miles – entirely uphill and in the snow, mind you – to her house and play on her trampoline, wrestle, plan our day-to-day future, dissect dead baby rabbits with plastic spoons (like I said, we were curious!) and just have plain innocent fun.

Innocence (you know, the world is perfect kind) ended sometime in 7th grade and by the end of the year we had something of a fall out. Throughout our high school years we kept in touch but mainly watched each other from a distance. One thing I loved, though, was how at the end of every year, no matter if we hung out much or not, she would write a long letter in my yearbook talking about how we changed that year. Maybe I never mentioned it then but those letters really meant something to me because they let me know that our friendship still mattered. Then, we moved forward to the next phase of our lives, and the way we stayed connected despite our ups and downs really surprised me most.

While we were separated by a mere 3,000 miles and about 70 degrees in temperature, Ra-Ra would write me letters or give me phone calls to see how I was doing. (Writing letters and Rachel go WAY back; I still have at least a box of our letters in my garage.) Those moments were great because, while having a blast in college with all that was new and shiny, it was warming to have ties with someone from the past who knew me in a different time and way. Throughout college both of us changed a lot and grew up quite a bit, too. Fights became a thing of the past, arguments fewer (hey, we both agreed back then that fights kept us healthy) and, in general, we caught ourselves enjoying how the other had grown. Fast forward a bit and we soon became local swimming buddies with the luxury of meeting pretty frequently (oh, the good old days…)

Back to Ra-Ra and Isabel: they go back to the day after Isabel was born when she showed up with yummy cupcakes to celebrate.  Immediately smitten with love for our little girl, Ra-Ra became a staple part of our routine and it has been so much fun to watch Isabel and her together (it even doesn’t bother me that I’m somehow forgotten when Ra-Ra’s around), be it swimming in the pool, jumping on a bed, making valentines, going shopping or just hanging out. All of this, naturally, had us sad when she announced that she and her boyfriend decided to move to Chicago about half a year ago. BUT!

Ra-Ra just got ENGAGED to a wonderful man, Nathan, and they let me know that they will eventually move back to sunny California! Hey, I will take San Diego over Chicago! And I have the awesome honor of being Ra-Ra’s matron of honor – Yaaaaay! So, Congratulations to you both, we can’t wait and I promise that Isabel will not be afraid of Nathan much longer. He will be her friend, too. 🙂 In the meantime, we look forward to all and any visits. And maybe, just maybe, I can fly myself out with two kids in tow, to do some dress shopping! (Warning: read post below.) 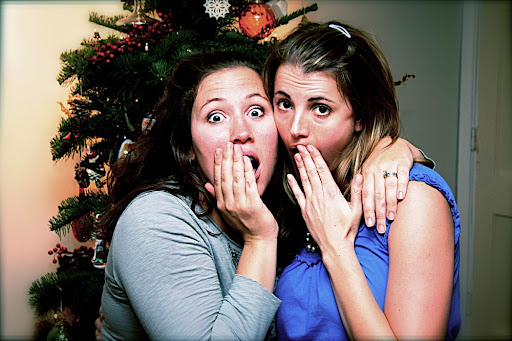