Conveniently enough, Isabel has already taken to telling people that she is 3 years old. When you ask her, “aren’t you two?” she says, “please, been there, done that.”

Okay, just kidding. Though, honestly, does this face tell you anything else? 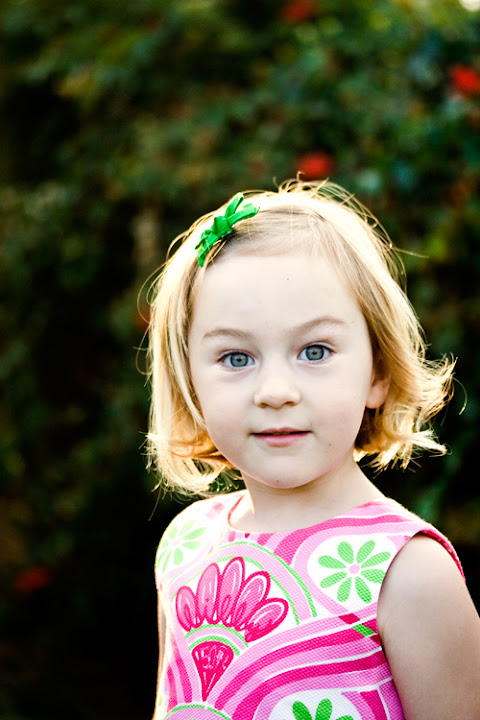 Sometimes I even forget that she’s still just 2. Often I am caught reminding myself to let this 2 year old just be a 2 year old. It’s hard enough that she is, by nature, already an old soul. Can I give the girl a break? I was trying to get some “turning 3” photos for a simple birthday invitation card I’d like to do. Correction, that she’d like to do. This was her idea (the letters, yes, I know a couple are missing, were mine.)

Here is one of the two little ones on a train track at Griffith Observatory. 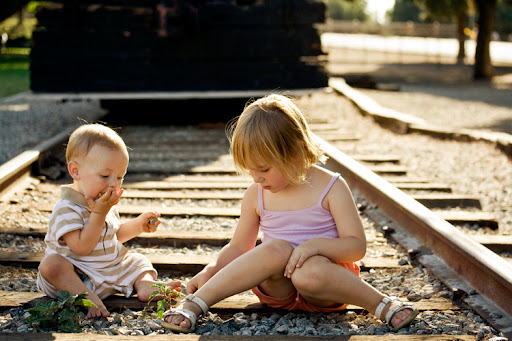 Brother and Sister, the Heffernan Bears

She states the obvious last night: “But I’m not grown up yet! I can’t touch anything fragile.”

Thomas is starting to cruise. His poor head is a magnet for bruises. I practically have to stay inside my house for fear of being reported to CPS. How did little babies manage without CPS during the good old days?

Speaking of bruises, he can now crawl up and down our stairs. Before you sound the alarm, the most stairs we have are three. And he’s doing a fine job. He’s a very cautious fellow and doesn’t like to do anything unless he feels comfortable.

Isabel is currently experimenting with the word “angry.” As in she likes to be angry now and will make sure we all know it. Her pouty mouth and overhanging brow quite intimidate me. So much so I have to run and hide, to conceal my laughter.

Thomas really, really, really wants to talk. When I tell him to say “strawberry” – we grow them in our backyard and he loves them – he tries so hard to get it right. The intonations are nearly correct, the rest, well… let’s just say every word kinda sounds the same. The sounds he likes now are “ta-da,” “mmm-ba,” “na-da” and occasionally we will get a “da-da” and “ma-ma.”