This past weekend our godchildren were baptized, making Craig and me very proud godparents. We had a beautiful ceremony in a unique church with one awesome baptismal font. Our goddaughter Vivian almost did full immersion but quietly and without much protest opted out (see? I’m on your side already.) 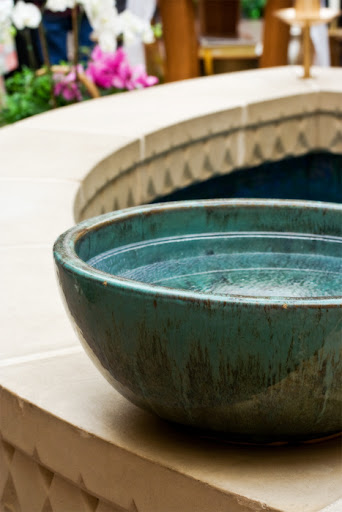 I really wish it weren’t 11:19pm and I really wish I were full of energy because this post requires some time and justice. If I haven’t told you about our friends, Ana and John, yet, now is as good of a time as ever. Our story goes pretty far back, making our ties to the O’Neill/Miller family that much more special. 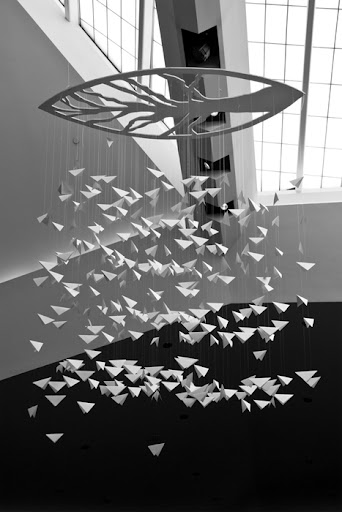 First, I have to tell you about my good friend, Ana. We lived together for a year while@mit.edu and had what some may consider a tense relationship. Fine. We butted heads a bit (right?) But I like to think it was because, in ways we did not know fully yet, we were very much alike. Strong-willed, if you may. 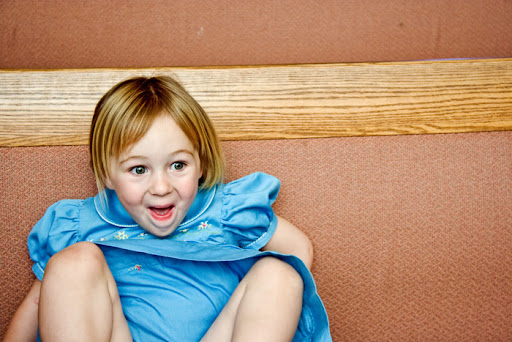 Isabel is full of spirit. 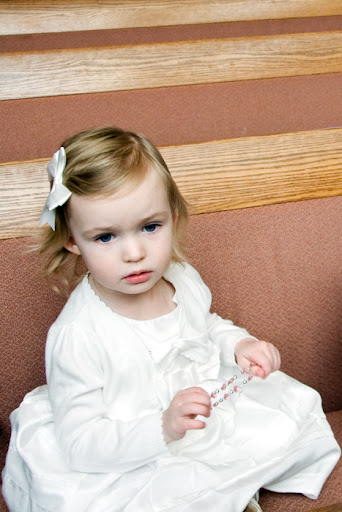 Vivian waiting to be baptized.

*Note: I remember when I told the girls that this Craig Heffernan would be coming over she said, “What?! Heff?!!” and maybe some kind of expletive after that. Craig played basketball with her husband (who also happens to be 6′-7″) and undoubtedly left a good impression on her. As Craig recalls, he was a typical freshman and would seek out the eye-rolling senior, yelling “Mmmm…mmm..mmmmm… Miiiiill-HOUSE!” across the room, getting immense pleasure out of taunting and embarrassing Ana’s husband. Fortunately, both of them have forgiven Craig’s chortle-chortle ways. *

What perhaps Ana did not even know, though, was that I admired (and still do) her very much. She was a double major at MIT – later to be a phD from Berkeley – and all the while very confident and strong in her opinions. While I may have been spunky and stubborn I could also be somewhat wet-noodley, a trait I hoped to rid myself of. At multiple points during my early adulthood, usually when I was down, I would recall certain things she had said to me encouraging me to be stronger and behave more like an adult. Yeah, it kind of stung then but her words were true and a beacon for me throughout the years.

Then, over the years, we found that we had more and more in common. We both got married – one week apart – in 2007 to our 6′-7″ engineers (and both of our husbands worked in the defense industry). We both decided to start having kids about the same time – her daughter is half a year younger than Isabel and her son is two weeks older. We think very similarly on worldly topics, enough so that we can text each other freely regarding our frustrations and hopes. We are both Catholic. I know, it’s bordering ridiculous. And then, (I know there is more but cannot remember right now), to top it all off, we just discovered that we are both missing our most cherished black and white wedding photo negative. What is up with that?! 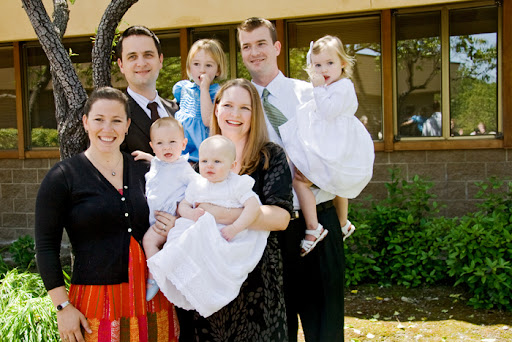 Godparents and the family

I can’t forget this one: she noticed that even our daughters wore the same boy pajamas – unknowingly to each other! 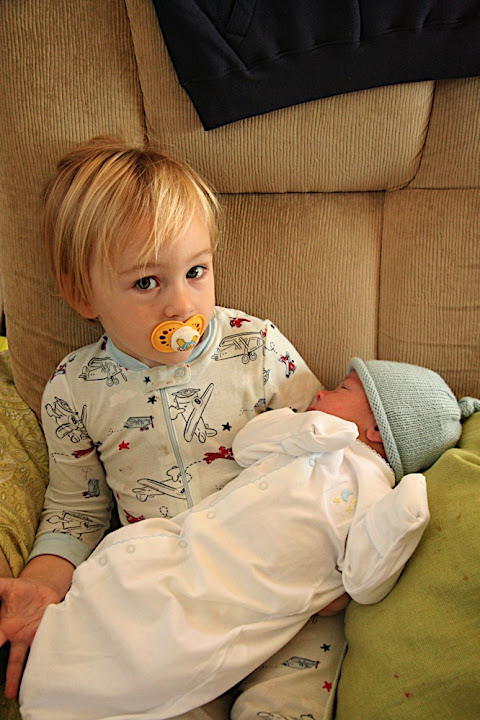 So, now we are both Vivian’s and Patrick’s godparents and very honored to share this special part of their lives with them. 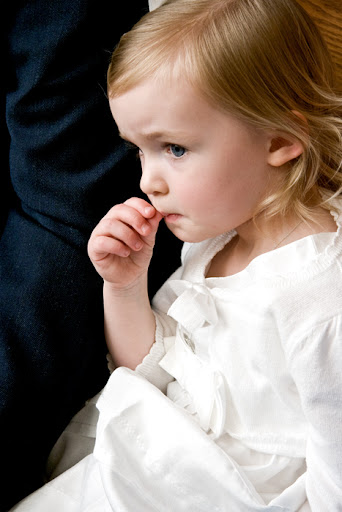 Vivian checking out the scene. 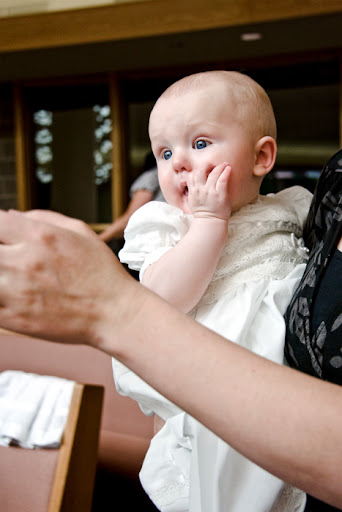 Patrick getting ready for some sprinkling.

In quick summary, we have lots and lots we share. And what I love best is that we now reminisce less and look forward to only more. 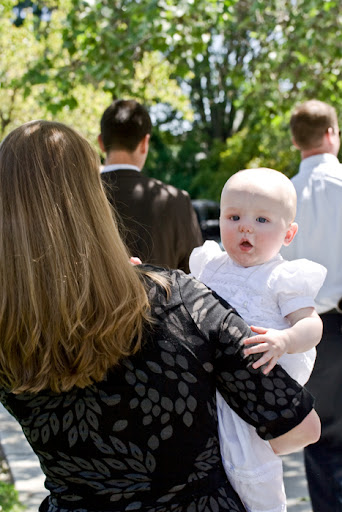 Leaving the church - where am I? 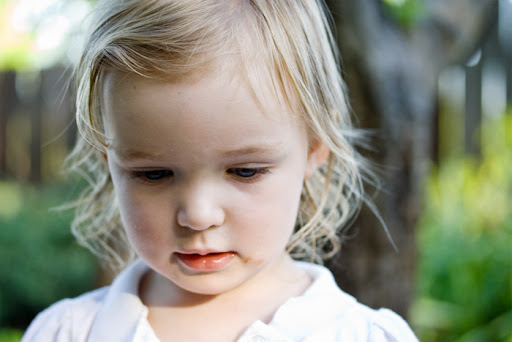 Vivian beginning to poop out. 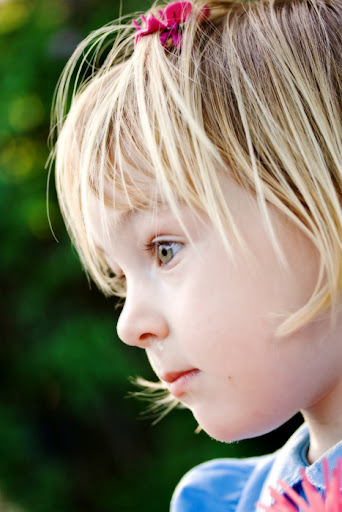 Isabel beginning to poop out.