Ode to Our Elise

** The tone of this post is not upbeat – and how could it be? – but I wanted to write that, despite the feelings and emotions expressed in this particular post, TODAY we are in a very happy place. Our little Ilona has certainly softened the impact of how we expected to feel on this day. When I woke up this morning my first thoughts as I lay with Ilona on my chest were on how perfect she is and how much I will cherish these quieter moments I have with her. The human psyche is amazing in its power to keep moving forward, and time is amazing in its power to heal wounds. But bigger and more amazing than those two is Love, which fills our hearts with joy despite any lurking sadness.**

A year ago today, we let go of our little baby angel, Elise Maria. We had her here for a short 9 days but never even got to see her open her eyes.

On the day she was born, we were at first told very little as she was whisked away into the NICU. About 2 hours later the nurses wheeled me out and I saw her for the first time, her body covered with wires and tubes. The head neonatologist told me she suffered some kind of brain injury but that they were cooling her little body down to see if they could control any further damage to her brain and possibly allow her brain to bounce back. At that point, they did not know the extent of the damage – and neither did we.

Another hour later they took her to the Ronald Reagan NICU and Daddy went with them. I remember when my brother walked into my postpartum room with Isabel and Thomas and Isabel looked all around the room for the baby. I could see from her face that she knew immediately something was wrong. She was pretty silent and didn’t ask too many questions. The doctors quickly discharged me and we left for RR hospital.

The first moments at Ronald Reagan are somewhat of a blur, but what I do remember is how I received the first set of news. Craig had left with the kids to pick up his mother, Lulu was in the waiting room and I was inside sitting next to Elise in her pod, number 12. We sat by the window and I could see all the monitors that spit out numbers and lines about Elise’s health. My ears registered all the beeps and alarms. It was all foreign, perhaps overwhelming, and would soon become second nature to us.

While alone with Elise, one of the Heads at the NICU examined her. Her arms and legs were flexed in positions they called “posturing” and she would not respond to any stimulus. The doctor looked at me and said, “she’s suffered a severe injury to her brain and she’s very likely to have severe retardation.” I just looked at him for a while and noted he kept using the term “severe.” I asked what does that mean and he replied, “she could have severe cerebral palsy, she won’t be able to eat on her own, she’ll never walk, never talk…” At this point I remember running my hands frantically through my hair and then asking, “does my husband know this already?”

“You mean you didn’t know? They didn’t tell you back at Santa Monica?” “No,” was all I could say. He looked sorry for breaking it to me alone. “No, we haven’t told your husband yet.” So many thoughts flashed through my mind then. After a while I walked back to the waiting room, sat down and cried. My mind rushed through what I imagined the rest of our lives would be like. And I wondered how I would tell Craig.

That night had become the hardest night of our lives as we talked through the night about what we will do and how we will cope. Without a doubt I knew that if I had to go on this journey Craig would be the man I wanted to do it with. He had been, was and is, my light in all dark places and I knew that no matter what happened if I were with him everything would be okay. We were getting ready to turn our lives upside down; it was scary but somehow the answers came easily and that, at least, was reassuring. 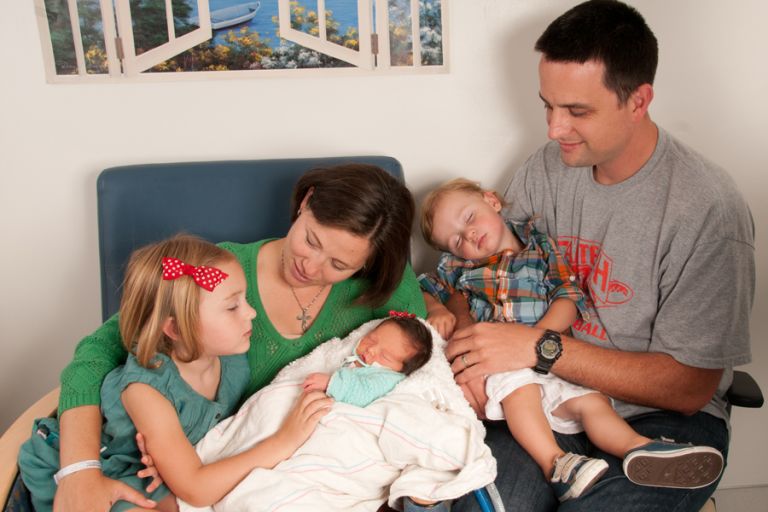 The next day, I remember watching Elise when Craig picked up his phone and began speaking to our parish’s Monsignor. He was asking him to come in as soon as he could to baptize our little girl. A certain amount of reality hit me hard as I heard him speak the words. It was the first time my mind went to the word “death.” I just looked at Craig and realized the thought never crossed my mind and here was my husband whose mind managed to stay clear and intent on covering all possibilities. Monsignor came in and together with our nurse, who happened to also be Catholic, we had Elise baptized.

The doctors were giving Elise about 72 hours to show any sign of recovery from the cooling blankets, but after 48 hours it was clear they didn’t need any more time. When I walked into the NICU on Wednesday, Elise was being moved into what I called the “baby transition room, for better or for worse.” I knew right then which category we fell under and my heart sank. She was no longer plugged into all the machines, just her breathing tube, IV and a heart monitor. The doctors told us she would get an MRI of her brain to see just how extensive the damage was and, at the same time, the nurses arranged for a volunteer photographer to take family photos of us with our baby girl. The baptism, the MRI, the photos… it was all becoming very clear.

Just before the photographer showed up, they brought Elise back up from downstairs and one of the head doctors sat with us to go over the results. I will spare the details and wording of her diagnosis, but essentially what they had found was that at some point between 7 and 14 days before I delivered her she suffered a brain injury, or a lack of oxygen flowing to her brain. It was long enough to injure her entire brain and what they could not figure out was how her little body survived. (I interpreted this to mean she should have been stillborn. If you could have seen her body, though, you would know it was probably because she was otherwise very strong.)

Basically, there was no hope for her to recover and she had very little to no brain activity. This left us with lots of “what now?” and “if this, what then?” questions. Nurses came in and told me “we know you will do what is right,” “some babies will breathe on their own for minutes, some for days, some maybe for months,” and “take your time in deciding.” I don’t think any parent ever imagines these kinds of scenarios – as I believe is normal. The reality of the situation is already surreal in and of itself. Even while it was happening, it was hard to wrap my mind around it all. During those days we certainly felt we were in a different world, far from the one we lived in a few short days before.

One of the strangest feelings arose when coming home to see our children, Isabel and Thomas. Craig and I took turns spending the evening with our kids and I can only say how twisted and warped it felt to put on a smile or laugh in front of the two of them while knowing our fragile and injured baby girl was in the hospital. It was an uncomfortable juxtaposition.

Comfort did come, however, in knowing that both Craig and I agreed with what would be our next steps. I remember those days as being among our most vulnerable together, in some ways, most intimate. We could not hide from each other what we felt, nor did we want to. Being able to talk freely and to discuss openly our concerns, fears, regrets and wishes was probably the most helpful in making this experience easier and less painful than it could have been. For that, I am extremely thankful. 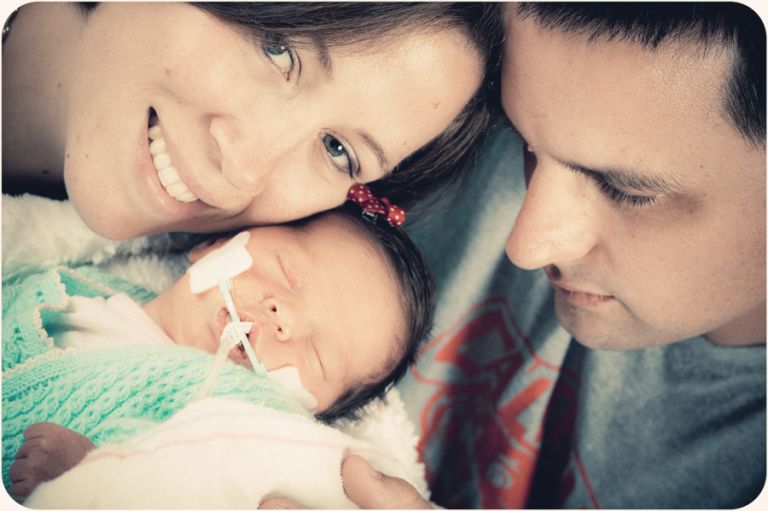 Once we knew exactly how we would move forward from that point, we gave ourselves some time for family and friends to come in and meet little Elise. The visits were bittersweet as we witnessed the love that was showered upon our baby girl. We were humbled by the show of friends and family that stopped their lives to come visit and comfort us.

I will forever remember spending the last two nights and days together with Craig and Elise. We made sure that Thomas and Isabel would have a memorable 4th of July so that day could always be a happy one for them, while we spent our last day with our Elise. We were ready for the next step, but we certainly could not prepare for how hard that would be.

On July 5th we were ready to let our angel go. Craig and I went to eat lunch before because we had no idea when we’d eat next and when we walked back into the NICU they asked us if we were ready. When we said yes, we were surprised by how quickly everything moved from there. For some reason I imagined the process would take time – I have no idea why – but it was quick, almost painfully quick.

The nurses cleared the next door room for us so that we could hold our girl next to a window. The room was all set by the time we returned from lunch and all that had to be done was take Elise’s tube out. We sat in our chairs and waited as they brought her to us, free of all tubes and wires, so that we could hold her sweet little body freely in our arms. That day turned into the hardest day of our lives as we held her in our arms and watched her go.

She left us very peacefully and became our angel. For the short time she was with us, we admired her perfect beauty: her soft skin, her little fingers and toes, her abundant hair, her nose, her lips. We kissed her as often as we could, read her stories, played music for her, and slept in chairs while holding her in our arms. We are grateful for the little time we had with her and will remember her forever: our angel, Elise Maria Heffernan.

** And the photos of us taken here were done by Bella Classic Photography via the Now I Lay Me Down To Sleep charity. I am deeply grateful to her for taking these images and gifting us with these lasting memories…**